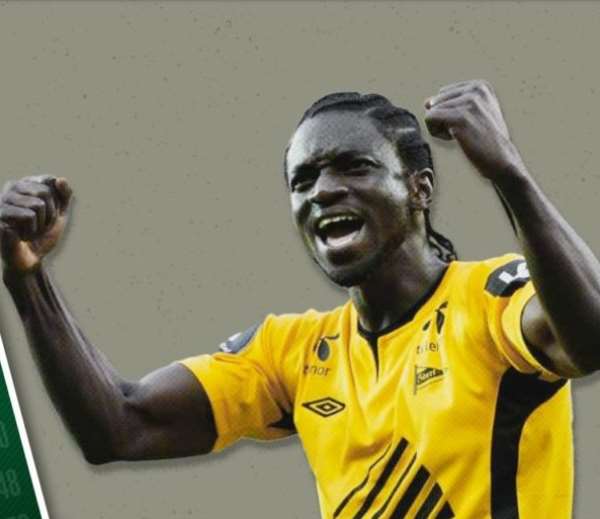 Ghana winger Ernest Asante marked his debut for Omonia Nicosia at the Polish Army Grounds this evening as he put up an impressive performance to help the team defeat Legia Warszawa 2-0.

The Cypriot club announced the signing of the forward yesterday and decided to field him today during their encounter with their Polish opponent in the second qualifying round of the Uefa Champions League.

Having started from the substitute bench, Ernest Asante was introduced in the second half to replace Marinos Tzionis. He appeared in fine form and provided an assist in extra time.

First, though, Jordi Gomez converted a penalty kick in the first half of extra time to give Omonia Nicosia the lead.

Two minutes into the second half of the extra time, Ernest Asante assisted Thiago Santos to score to seal a deserved 2-0 victory for Omonia Nicosia.

The victory means that the Ghana forward and his new club advances to the next stage of the playoffs to the Group Stage of the 2020/2021 football season.