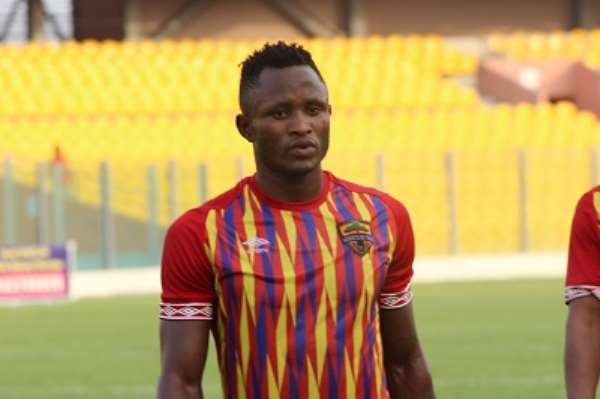 The forward joined the Ghana Premier League giants in 2018 from Ebusua Dwarfs and has in the past two years established himself as the poster boy of the club.

Unfortunately, he is partying ways with the Phobians on the back of failed contract talks which at a point fuelled outrage from some supporters who feel the demands of the player should have been met.

Today, Joseph Esso has finally announced his departure from Hearts of Oak, bringing speculations of his likely re-signing to the club to an end.

In a Facebook post, the Black Stars B attacker has extended his appreciation to the Accra-based club and its fans for the support he received during his stay at the club.

“The love and support over the years was phenomenal and I am really grateful. For each cheer from the stands, the touchline, and from digital distance, I appreciate you all.

“To everyone who has supported me, know that the mission is not over and I will soar as the almighty guides and leads my journey”, Joseph Esso said in a post on Facebook today.