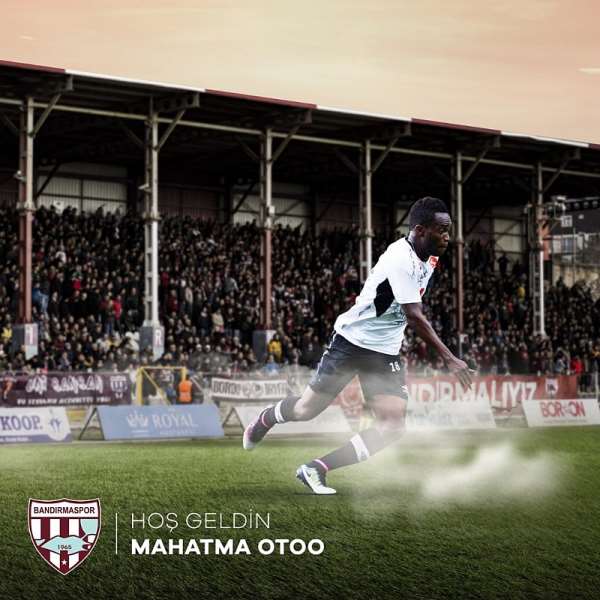 Ghana forward, Mahatma Otoo has severed ties with Turkish club Bandirmaspor after spending barely a month with the club.

The experienced striker joined the newly-promoted Turkish SuperLiga 2 outfit at the beginning of the month after partying ways with Balıkesirspor.

The former Hearts of Oak attacker was signed with a lot of expectations to help Bandirmaspor fight for promotion to the Turkish top-flight league at the end of the 2020/2021 football season.

Just 3 weeks since his arrival at the new club, Mahatma Otoo has now parted ways with the team on mutual consent.

According to reports gathered, the striker decided to leave the club on grounds relating to some family issues.

His departure comes as a big blow to Bandirmaspor with the club now required to hit the transfer market to look for a new striker to replace him.