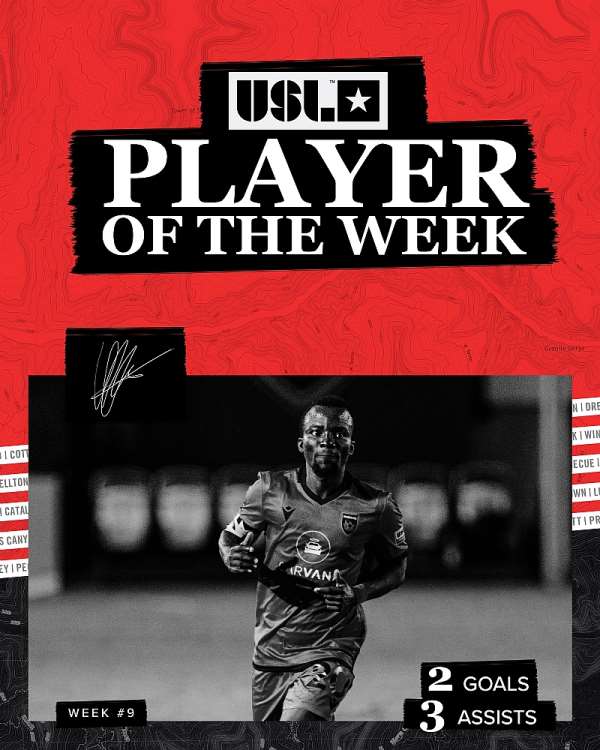 Ghana forward, Solomon Asante has been named the ‘Player of the Week’ in the USL Championship following his inspirational performance for Phoenix Rising FC against Las Vegas Lights.

The attacker has been the hero for the US club since the 2020 campaign started and has remained in top form so far.

Last Sunday, Solomon Asante was in action for his team and displayed outstanding form once again to save the side from suffering a rare defeat on the road.

In a game played at the Cashman Field, the captain of Phoenix Rising FC assisted Rüfət Dadaşov for the team’s first goal of the match before going on to score in added time to ensure the game ended 3-3.

The stellar performance from the Ghana international saw him earn a rating of 8.9 [SofaScore] at the end of the 90 minutes. Solomon Asante has now subsequently been named as the ‘Player of the Week’ in the USL Championship for Matchday 9.

This season, the 30-year-old has played in all games for Phoenix Rising FC and has 6 goals and 8 assists to his name.