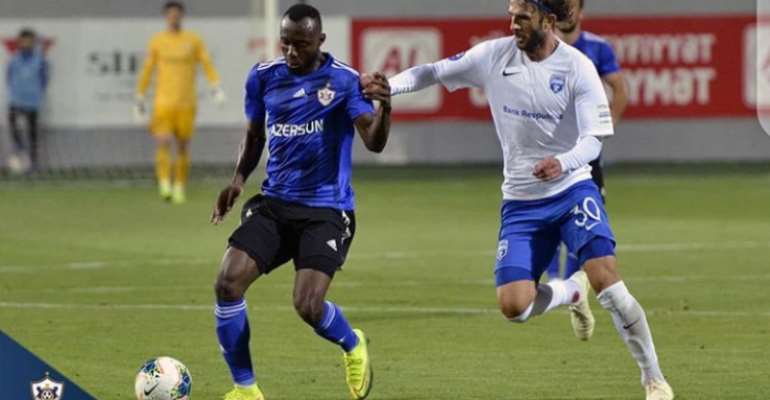 Following an outstanding display for his Qarabağ FK side in their victory against Sabah FK last weekend, Ghana attacker Kwabena Owusu has been named in the Azerbaijan Premier League ‘Team of the Week’.

The 23-year old striker joined the club earlier this year from CD Leganes after enjoying good spells with the Ghana U-23 national team as well as the senior national team, the Black Stars in 2019.

The forward excelled in the match played at the Azərsun Arena and offered an immense attacking threat to help his team cruise to victory courtesy a brace from Mahir Emreli.

Assessing the performance of all players at the end of all Matchday 1 fixtures, Kwabena Owusu has been selected as one of the best eleven as he makes it into the Team of the Week.

Check out the team below: