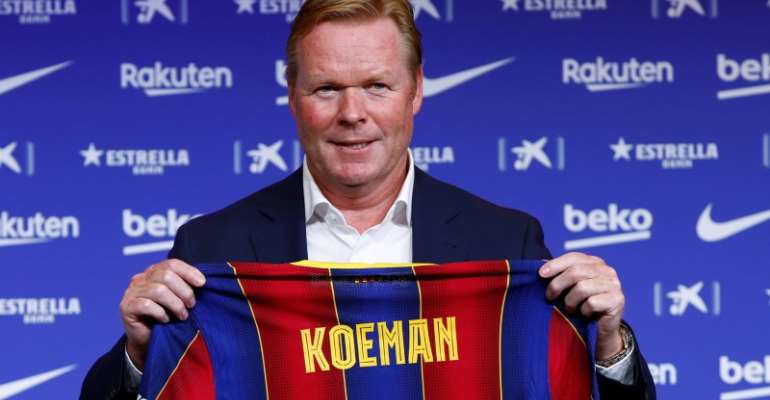 Lionel Messi has decided to leave Barcelona after the club’s new boss Ronald Koeman told him directly: “The privileges are over.”

That is according to a report in Argentinean outlet Ole and as cited by Diario AS, who say that the Dutchman’s words upset Messi to the point where he decided to leave the club.

It is reported that Koeman told Messi in a direct phone call between the two: “I’m going to be inflexible, you have to think about the team.”

It comes as the Association Press report that the Catalan giants contacted them directly on Tuesday to confirm that they have received documentation from the Argentine that he intends to quit the club immediately.

It confirms the multiple reports across Spanish and Argentinean media which claimed that Messi is leaving Barcelona and will attempt to activate a clause in his deal which allows him to break his contract.

Messi has won a record six Ballon d’Or awards during his spell at the Camp Nou, where he has spent the entirety of his professional career and firmly established himself as one of the greatest footballers ever to play the sport.

The 33-year-old has a clause in his deal allowing him to leave at the end of any season, and whilst it was thought that deadline passed in June, Marca say his camp believe that it has been extended in line with the prolonged 2019/20 season.

Messi has scored a scarcely believable 634 goals in 731 official appearances for Barcelona, but his time at the club now appears to be up and he is hopeful of becoming a free agent.

The Blaugrana confirmed the arrival of Koeman on a two-year contract last week following on from the Barcelona news which had centred on the replacement for Quique Setien, who was sacked as Barcelona boss on Monday after just seven months in the role.