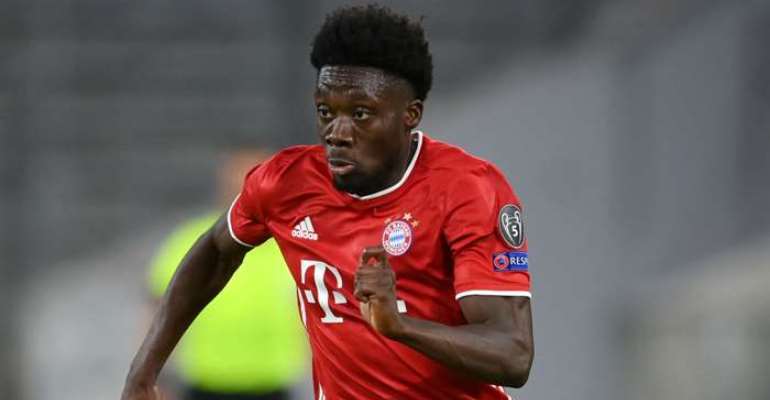 The 19-year-old made headlines with his German side when they beat Paris Saint-Germain to win the Champions League on Sunday.

He was born in the Buduburam Refugee Camp in Ghana by Liberian parents who had fled from their home country because of civil unrest. The family moved on to Canada when he was five-years-old.

“We need to give credit to the Ghana government for accepting to accommodate the parents [refugees] in the first place. The hospitality that was extended to them was fantastic that they could settle here, have peace and go as far as this,” Damba, a member of Ghana’s side at the 1992 Africa Cup of Nations (Afcon) told Goal.

“Davies could not have known all that his parents went through in Ghana because he was very young. Probably if they stayed in Liberia, what has happened would not have happened. They had it that they would migrate here [to Ghana], bring forth a child who will grow up to become a world icon.

“His parents deserve compliments because living in a refugee camp, you’ll meet all types of vices. I believe he’ll not forget where he’s coming from and he will look back and try to also help other young boys and girls who might be going through similar situations.”

Davies, who qualified to represent Ghana through birth, currently plays for his adopted country Canada at senior international level, having first featured for their U17 and U20 outfits.

“He [Davies] may be a lost talent [to Ghana] but let us remember that he had to go through processes and the opportunities were opened to him in Canada,” Damba opined.

“Honestly, it’s in Canada that he really identified who he is or who had to identify him and nurture him to become who he is. We are still talking about him being born in Ghana but let’s not forget that his formative years were in Canada where his talent was brought to the fore, they had to take his through the various stages, and give him all the opportunities.

“I don’t think we should feel left out because he does not play for us. He will definitely trace his roots to Ghana. But he would definitely have been a good addition to the Black Stars.”

Davies, who joined Bayern only last year from Major League Soccer (MLS) side Vancouver Whitecaps, also won the German Bundesliga and German Cup this past season, same as he did in the 2018-19 campaign.

“We [Ghanaians] are very proud of him,” Damba added.

“His performance was an indication that whatever God has ordained about you will come to past. Everybody has his destiny, if you’re patient, you will get to your destination. This young man born here [in Ghana] and nobody ever anticipated he will rise to this level. But it did not come that easy. He had the best of upbringings which has been vital and necessary in him becoming a formidable personality.

“He’s a shining example; the up-and-coming ones can take inspiration from the fact that this is one of us who was born in such a community [like the refugee camp] but has grown up to become who he is today. They will encourage themselves to do things right, remain steadfast and could even become better than this young lad we are seeing today taking the whole world by storm.”