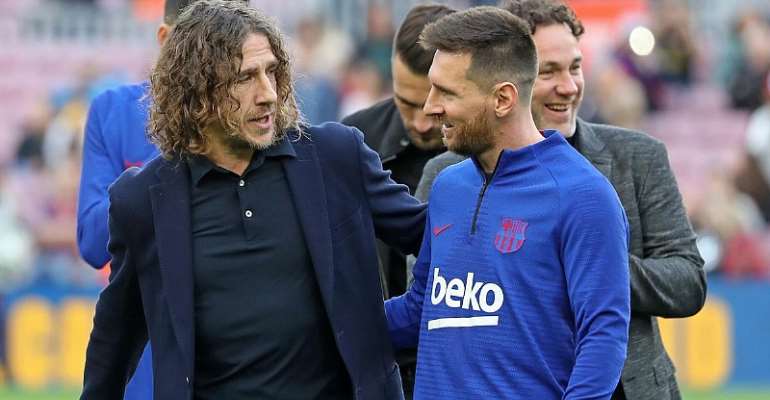 Carles Puyol has given his support to Lionel Messi following the stunning news that he has informed Barcelona that he wants to leave the club this summer.

Widespread reports state that Messi has contacted Barca and officially confirmed his intention to exercise a clause in his contract which potentially allows him to terminate his deal and leave on a free transfer.

The remarkable development comes after a shambolic season for Barcelona which ended in a humiliating 8-2 defeat to Bayern Munich in the Champions League.

Barcelona are reported to be ready to contest Messi’s decision, opening up the possibility of a bitter argument between the two parties across the summer.

But Messi’s former team-mate Puyol, a former assistant director of football at Barcelona, has expressed his support for the six-time Ballon d’Or winner.

“Respect and admiration, Leo,” Puyol tweeted. “All my support, friend.”

And there was a reply from Luis Suarez too... following reports Koeman has told the striker he is no longer needed by the club.