Inter Milan And Antonio Conte To 'Continue Project Together' 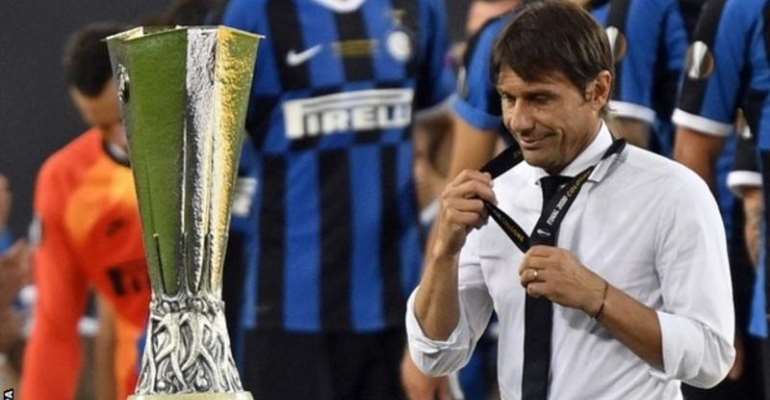 Inter Milan and coach Antonio Conte will "continue the project together" after "constructive" talks on Tuesday.

The Italian, 51, had criticised the club's board after Inter missed out on the Serie A title by one point.

"Today's meeting was constructive, in the name of continuity and sharing of strategy," read a club statement.

"With it the foundations were established to continue the project together."

Inter lost only four league games but could not prevent Juventus claiming a ninth straight Scudetto.

Conte, who led Juve to the first three of those league titles, spent a year out of management after winning the Premier League and FA Cup in his two seasons with Chelsea.

The former Juve and Italy midfielder returned to work with Inter in May 2019 and finished the season with a 61.1% win rate from 54 games in all competitions, leading the Nerazzurri to within one win of their first trophy in nine years.