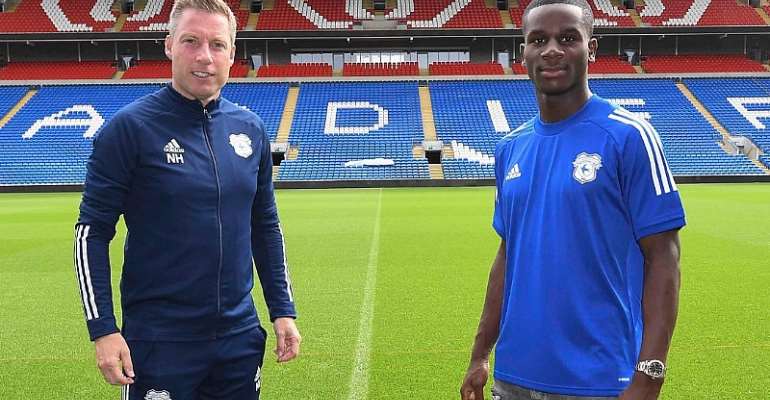 Ghanaian youngster, Jordi Osei-Tutu says he is eager for the start of the 2020/2021 football season after sealing his transfer to Cardiff City today.

The English-born winger who can operate as a right-back has joined the English Championship club for a season-long loan from Arsenal in the ongoing transfer window.

“Cardiff City Football Club is pleased to confirm that Jordi Osei-Tutu has joined on a season-long loan deal from Arsenal, subject to completion of paperwork and international clearance”, an official club statement from has said today.

Speaking to Cardiff TV after completing the deal, Jordi Osei-Tutu has been full of praise for the manager of the side Neil Harris.

“I came here because it is a big club giving me a big platform.

"I thank the manager for having the belief to bring me to such a wonderful club and all I want to do is repay him. I'll do that by showing what I can do, helping the team win games and hopefully pushing for promotion”, the 21-year old said as quoted on the official website of Cardiff City.

He continued, “I have good knowledge of playing around the pitch, but right-back is my spot. I like to get up and down the pitch, attack, and defend. I can't wait to get started”.

Jordi Osei-Tutu spent last season in Germany on loan with VfL Bochum where he enjoyed a stellar campaign. He finished the season with 5 goals and 3 assists after featuring in 21 matches.