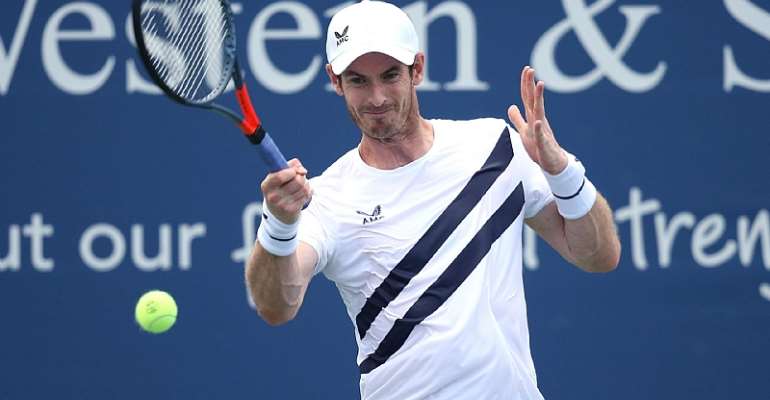 Andy Murray produced a brilliant performance to beat world No 7 Alexander Zverev in three sets in the second round of the Western & Southern Open in New York.

Playing in only his second ATP Tour match of the year, Murray came through 6-3 3-6 7-5 to secure his first win over a top-eight player since the ATP Finals in 2016.

Zverev served for the match at 5-4 in the final set but tossed in three double faults - taking his total in the contest to nine - in the face of some aggressive return positioning from Murray.

Murray will next face Milos Raonic, who beat Dan Evans in straight sets.

"It was a big one to get through," said Murray.
"I'm satisfied to get through it against a top player having not played for such a long time and I get another opportunity to compete again tomorrow. This will give me an idea of where my body is at."

Murray looked bright in the early stages and broke to move 3-1 ahead as he regularly stepped up into court to attack the German’s second serves.

Zverev threatened to break back but Murray recovered from 15-40 down to move 5-2 ahead, winning the game with a brilliant forehand winner on the run.

Murray closed out an impressive first set at the first opportunity, but missed two chances to break in the opening game of the second set.

His level then dropped and Zverev took advantage, breaking to go 5-3 up before clinching the set.

The momentum in the final set swung back and forth as Murray moved 4-1 ahead, only to lose the next four games in a row.

Zverev, though, could not serve out the match from 5-4 up as he threw in three double faults in an error-strewn game.

Murray held to lead 6-5 and then sealed victory in style with a forehand winner down the line followed by a service return winner into the corner.