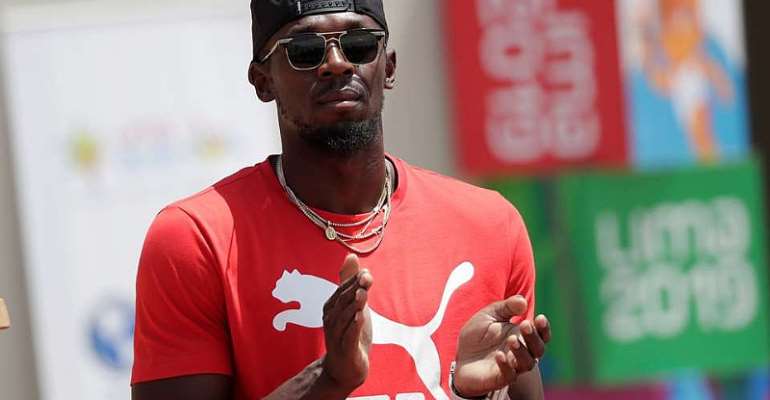 Athletics legend Usain Bolt has tested positive for coronavirus, it has been revealed by the Daily Mail.

Nationwide90fm, a radio station in Bolt's home country of Jamaica, are reporting that the fastest man on the planet contracted the disease and will spend time in self-isolation as a result, however, it could spell bad news for plenty of people who have been around the athlete over the past week or so.

Just a few days ago, Bolt was spotted partying with Manchester City winger Raheem Sterling for his 34th birthday, which could put the England international in jeopardy for the start of the new Premier League season, which gets underway on September 12.

Of course, if Sterling then tests positive for the virus, he will have to self isolate and will potentially miss the opening day of the season, but it would also mean missing training ahead of the curtain-raiser.

Below you can actually see a video of said party, and it just goes to show that there is no concern over safety or wellbeing, despite the fact, there's a global pandemic killing thousands of people worldwide.

Sterling wasn't the only big-name attendee of said party, however, as they were also joined by West Indies cricketer Christopher Gayle and Bayer Leverkusen winger Leon Bailey.

The radio station that broke the news have claimed that Bolt took a coronavirus test in the week, and found out about his results on Sunday.

As a country with regards to the ongoing pandemic, Jamaica have recorded a total of 1,413 cases and 16 deaths.

On Saturday, Prime Minister Andrew Holness sent out a warning about a recent surge in cases and urged citizens to 'exercise greater vigilance' to help prevent the spread.

"There is a need for consciousness… for conscious personal responsibility on the part of every citizen," he said.

Let's just hope Bolt can recover from the disease, and let's hope others that attended the party won't test positive.