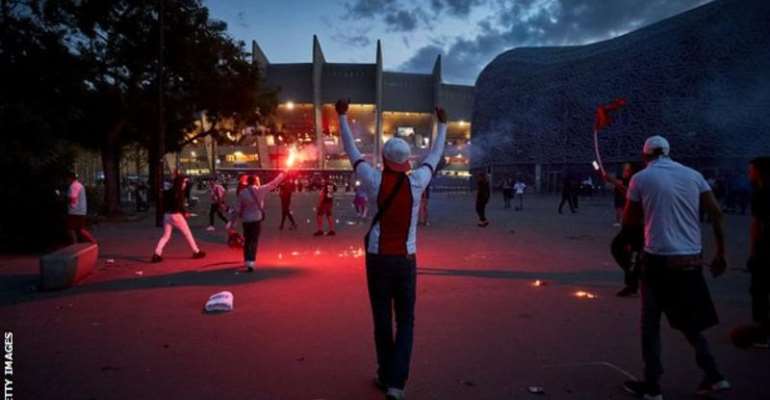 French police say they have made 148 arrests following riots in the capital after Paris St-Germain's 1-0 defeat by Bayern Munich in the Champions League final on Sunday.

The clashes occurred on the Champs-Elysees and around the Parc des Princes stadium, where fans had gathered to watch the game on a big screen.

Cars were set on fire and shop windows were smashed, police said.

PSG were bidding to win the Champions League for the first time.