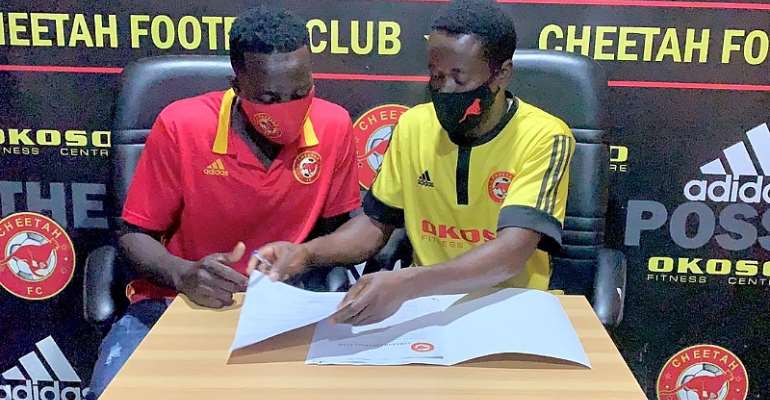 Ghanaian side, Cheetah Football Club (FC) has completed the signing of teenager Abdulai Simba in the ongoing transfer window as they continue preparations for the next football season.

An official announcement on the capture of the highly-rated 17-year old has been made today on the back of successful negotiations with Venomous Vipers FC.

“Cheetah FC has augmented its defense ahead of the 2020/2021 football season with the signing of Abdulai Simba from Cape Coast division one side, Venomous Vipers FC on a three-year contract for an undisclosed amount”, Cheetah FC said in a post on Facebook today.

The new signing was spotted by Cheetah FC during a friendly game between Vipers and Accra Hearts of Oak at the Pedu Park in Cape Coast in 2019.

Abdulai Simba was an integral part of Vipers during the last season where He featured in 12 out of 13 league and FA cup matches.