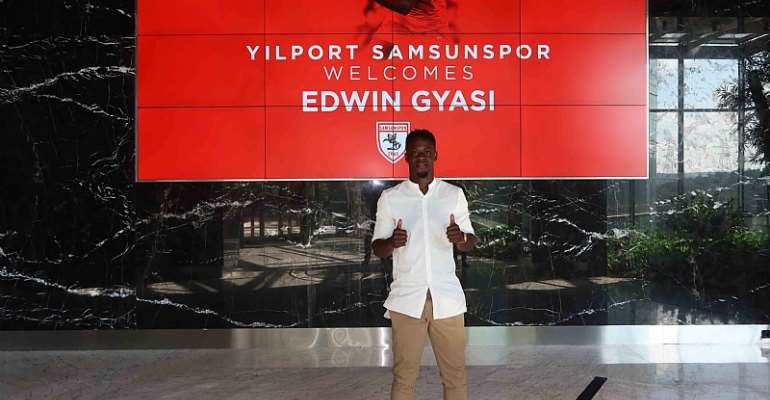 Ghana winger, Edwin Gyasi has expressed his excitement after completing a move to Samsunspor on Monday saying he hopes to make history with the club.

The 29-year-old joined join the Turkish side on a three-year deal after leaving CSKA Sofia at the end of the 2019/20 season.

After completing his move, the winger expressed his excitement.

"I am delighted to join this club," Gyasi said.
"I have been warmly welcomed by the club and I must say I am grateful to everyone here at the club.

"I pledge to give my best and make history with the club by achieving something magnificent," he added.

Gyasi made his senior debut for the Ghana national football team in a 5-1 2018 FIFA World Cup qualification win over Congo on 5 September 2017.