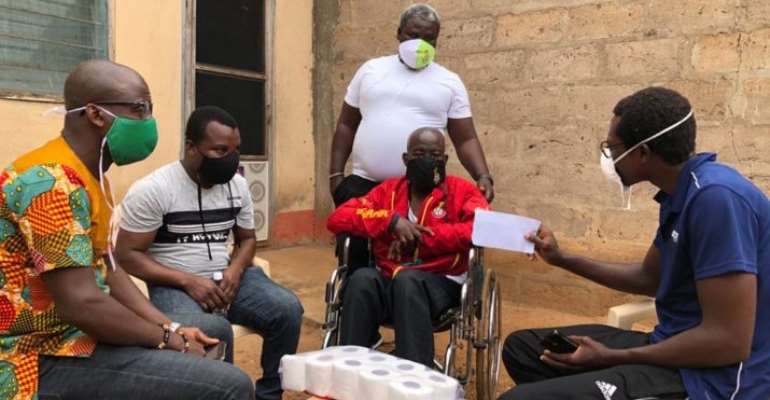 The Volta Regional Football Association (VRFA) on Saturday paid a surprise visit to former national team player, Obed Mensah Aguadze who played for the black stars in the 70s.

Chairman of the VRFA, Daniel Agbogah together with the regional secretary, Micheal Promise Ahiagba donated toiletries and an undisclosed amount to him.

Mensah Aguadze who is affectionately called Brazil by his peers and fans because of his dribbling skills during his heydays is currently confined to a wheelchair.

The 79-year-old was part of the squad that played the AFCON qualifiers to Sudan in 1970 but he didn't make the squad to the main tournament in Sudan. That year Ghana finished as runners-up.

He played along with Kwasi Owusu, Malik Jabir, Cecil Jones, Ibrahim Sunday amongst others.

Aguadze played for Ho mighty Eagles and was active with the Black stars between 1970 to 1974.