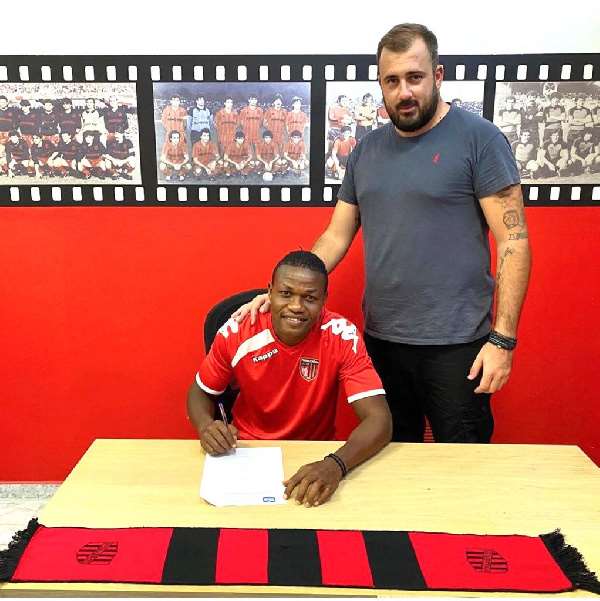 The 26-year-old moved to Ergotelis on a two-year deal from fellow Greek side Panegialios GS during the 2017/18 season.

Despite having a year left on his contract, Bruce departed the Pancritio Stadium outfit in the aftermath of the just-ended season.

The midfielder quickly took to social media to say his goodbye to the club.

On Friday, the former Asante Kotoko midfielder inked a two-year deal with Greek second-tier Panachaiki FC in a deal worth to be around €150,000.

Bruce featured in 17 league matches last season for Ergotelis as they finished 7th on the Greek Super League 2 standings.