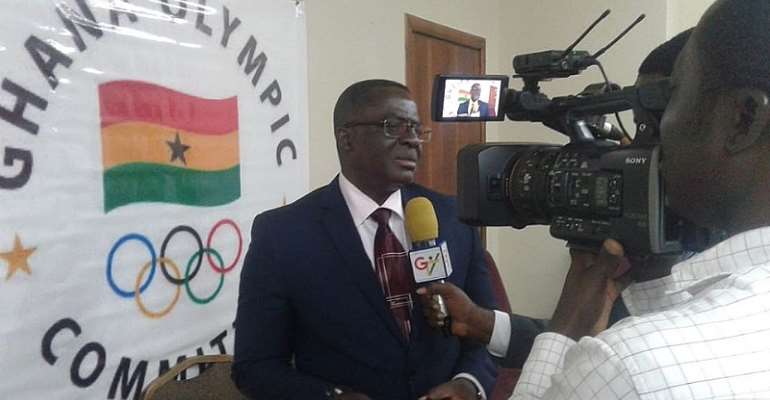 Ben Nunoo Mensah, President of the Ghana Olympic Committee (GOC0 has suggested that the nation’s best sportsmen and women should be taken to countries who have best sports facilities and trainers for them to go and learn modern trends and tricks to become world or Olympic winners.

“We have plans of sending some of our boxers outside when the borders are opened to prepare for the Olympics next year,” he told Yours Truly.

According to him, the boxers who have qualified can be taken to Cuba, while the table tennis players can go to China to get well prepared so that they can also contend for medals at the biggest sports festival.

Ben Nunoo Mensah who is also the boss of Ghana Weightlifting Federation (GWF) said Ghana boasts of very good weightlifters who must also be taken to camps where they can gain exposure and learn from world champions like eastern Europe.

He expressed that Ghana’s top athletes can not stay in Ghana, train in Ghana and expect to win medals while they lack the world-class training equipment and facilities.

He said things have changed as the Olympic Games has moved from mere participation to competing for glory and honours, that is why some top. athletes go to the extend of even doping to win.

He was however against doping and begged the government to give the same treatment of the Black Stars to other sportsmen and women who can win medals for the country.

He stressed that it is a shame that since 1992, Ghana has not won any Olympic medal, and even the bronze won in Barcelona 1992 has been bettered by Nigeria and Cameroun, both winning gold in football.

It was an unforgettable moment in African football history, when on 3 August 1996, Nigeria did the unexpected as they won gold in the men's football tournament at the Atlanta Olympics - the first by an African country.

Nigeria celebrated again with silver at the 2008 Beijing Games and bronze medal in football at the Rio 2016 Olympics.

Reaching the bronze medal match in Rio de Janeiro prompted one Japanese Super Eagles superfan to donate $390,000 as charitable aid to the players.

He said the multi-purpose sports centres being built by government is good, but wants better treatment for the nation’s boxers, weightlifters, runners, table tennis stars, rugby stars, beach volleyball stars and others.

This is what Akufo-Addo and US Vice President Kamala Harris ...
54 minutes ago