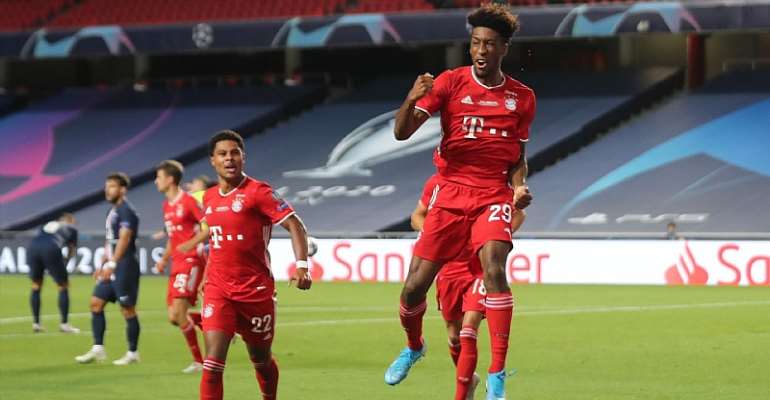 The German giants were favourites coming into the contest and they duly completed a record, full house of 11 Champions League victories this term thanks to Kingsley Coman's 59th-minute header.

The 24-year-old was the only change to Hansi Flick's line-up from the semi-final and his inclusion proved to be a masterstroke as the Parisien, who started his career at PSG, came back to bite the hand that fed him.

A lively and keenly-contested first period saw chances at both ends as Neymar forced a super save out of Manuel Neuer, while Robert Lewandowski saw a shot crash back off the post.

Bayern dictated the play but struggled to carve out the type of chances that have seen them so free-scoring in this season's competition before Coman eventually made the breakthrough. PSG were dangerous on the counter, but couldn't find a way past the magnificent Manuel Neuer.

The victory capped a magnificent first campaign at the helm for Flick, who only took charge of the Bavarians in November, as he led his side to only the second European-domestic treble in their history.