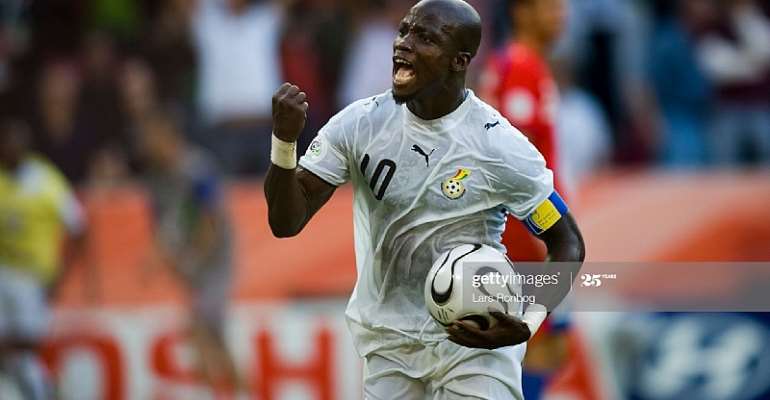 Yeboah during his days in Germany and England was a huge figure and put Ghana on the map due to his silky style of playing and the amazing goals he scored.

He is famously remembered for his stunning strike against Liverpool when Leeds United stunned the Reds by a lone goal at Ellan Road in 1995.

Appiah in an interview praised Tony Yeboah for setting the pace for the younger generation of footballers like himself.

The former Juventus ace also revealed that during his reign as captain of the Black Stars, Yeboah was one of the people he used to consult on matters in the team.

“I call him bomber because as a striker his strikes were bombs. I played two games with him in the Black Stars and it was amazing," he told Asempa FM.

"These are people I used to watch so I was scared when I was going to camp as a young footballer. I offered to wash his jerseys but he said no.

“If we are here today, it because of people like Tony. He paved the way for people like myself. When he was at Frankfurt even though I was Italy people still spoke about him.

"He has done a lot for Ghana. It’s sad that we don’t celebrate people like him enough. These are people whose knowledge and fame can unlock doors for Ghana”, he said.

Appiah also appealed to Tony Yeboah to come out from self-imposed exile from the sport and offer his vast knowledge and experience to Ghana football.

Yeboah has been out of football after selling Yegoala FC in 2005 due to the consistent demand of bribe from match officials.

“It’s sad that he is no longer interested in football. When I was made Black Stars, he was the second person I called. I want to thank him for everything he has done for football but he shouldn’t get out of the game.

"I’m begging him not to follow the criticism but offer his support to the sport," Appiah added.

Some MMDCEs will be approved in December because of controve...
16 minutes ago