Hearts of Oak Reveal Plans To Build Own Stadium 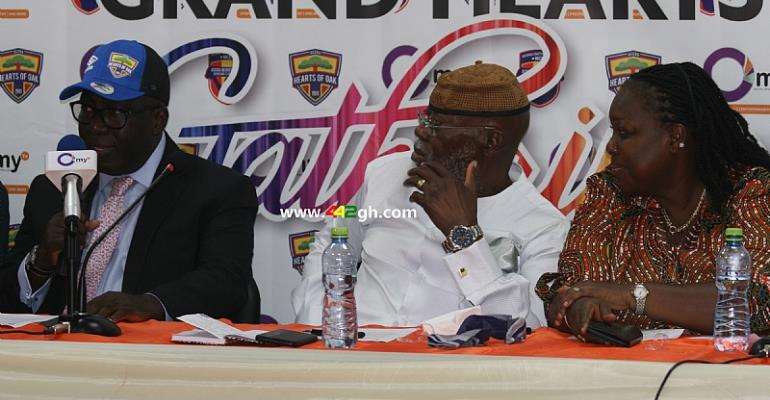 Some Hearts of Oak board members

Managing Director of Hearts of Oak, Frederick Moore has revealed that the club will be announcing their plans to put up a stadium.

The 19 times Ghana Premier League champions have been using the Accra Sports Stadium as their home grounds for the past three decades.

According to Mr Moore, the Board members of the club will be drawing up plans for the edifice after their Pobiman Academy Project.

“We have plans of building a stadium in the coming years...oh yeah it's in the plans of the Hearts of Oak board," Moore told Happy FM.

"Our focus is on the Pobiman Academy Project now... it'll be ready in few months," he concluded.

15 Assembly Members, others granted bail for cursing Regiona...
46 minutes ago

I wanted to turn down Accra Regional Minister job because I ...
52 minutes ago