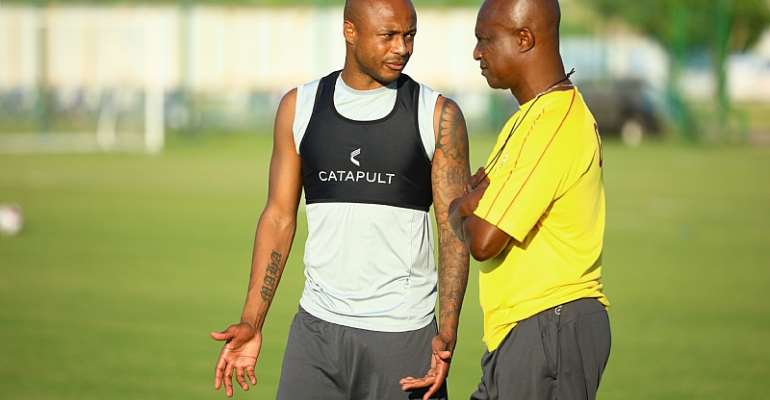 The former Sunderland and Al Ain forward was relieved off his duties as the captain of the senior national team ahead of the 2019 Africa Cup of Nations [Afcon] in Egypt.

The decision by the 61-year-old did not go down well with many Ghanaian football fans and the camp of Gyan.

The striker following the decision by Kwesi Appiah announced his decision to retire from the national team prematurely.

However, after a presidential intervention, Gyan rescinded his decision and joined the team for the tournament.

After a year and over, Appiah in an interview says the Black Stars captaincy is changed every seven years and does not see any qualms with his decision to name Andre Ayew as the new captain ahead of the tournament.

"Black Stars captain is being changed every 7 years so there is nothing wrong with taking it from Asamoah Gyan to Dede Ayew," he told Accra based Onua FM.

The Black Stars, unfortunately, exited the tournament at the Round of 16 after losing to Tunisia on penalty shootouts.

Gyan was named as the Black Stars captain by Kwesi Appiah in June 2014, replacing John Mensah.