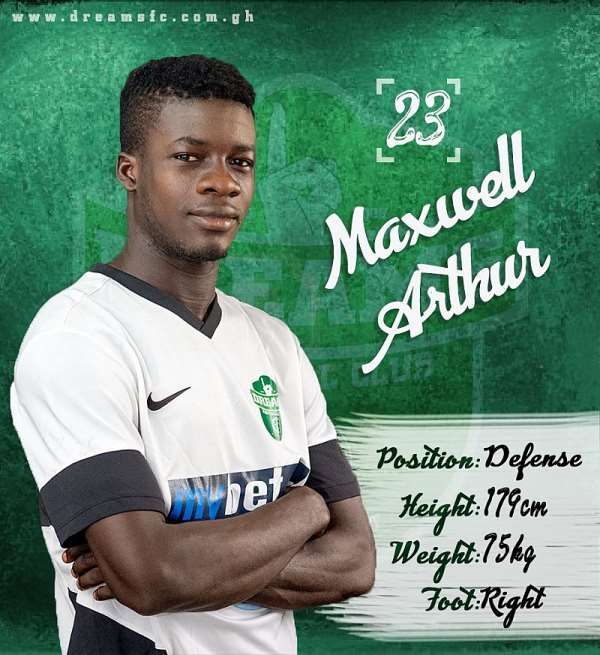 Young defender Maxwell Arthur has expressed his joy after signing a contract extension at Dreams Football Club (FC) ahead of the next football season.

The player who excels when deployed in a defensive midfield role has today inked a new 2-year contract to extend his stay at the club until 2022.

“Maxwell Arthur has today renewed his contract with Dreams FC, keeping him at the Theatre of Dreams until 2022”, an official club statement has confirmed today.

Speaking to the media team of the Dawu-based club after signing the new contract, the defender says he is excited to spend two more years at the club.

“Dreams FC is not just a club to me but a home and I am so excited to be here for another two years. I love the club and I am glad to still have the opportunity to serve”, Maxwell Arthur said as quoted on the official website of his club.

For Dreams FC administrative manager Ameenu Shardow, the club is happy to tie the defender down for 2 more years.

“We are delighted Maxwell Arthur will be staying with the club for another two years. I have no doubt that he will be a great addition to the team”, he said.