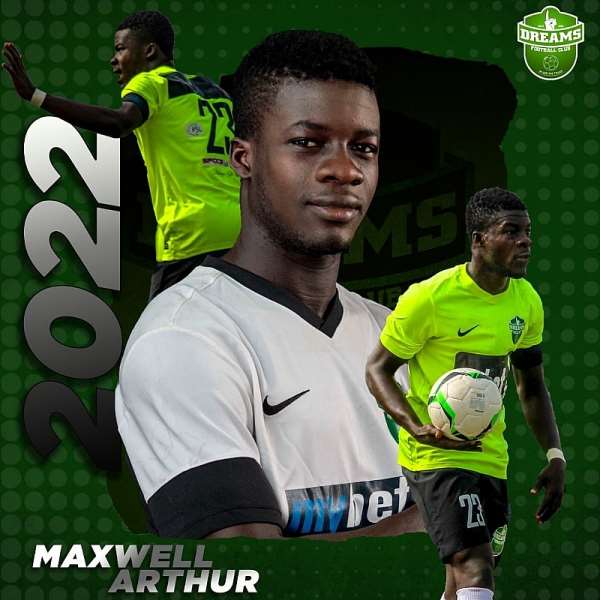 Modernghana Sports can officially report that versatile defender Maxwell Arthur has signed a contract extension at Dreams FC, keeping him at the club until 2022.

The Ghana Premier League club and the representatives of the player who can play as a defensive midfielder have been in talks for a while. After a successful negotiation, the player has inked a new 2-year deal.

“Maxwell Arthur has today renewed his contract with Dreams FC, keeping him at the Theatre of Dreams until 2022.

“The utility player has enjoyed a fine journey at the club playing a huge role in the team's historic G8 victory in 2018”, club statement from Dreams FC has said today.

Maxwell Arthur impressed for Dreams FC during the 2019/2020 Ghana Premier League season where he made 9 appearances and provided 1 assist before the campaign was suspended as a result of the Coronavirus pandemic.

His determination, and leadership, together with his ability on the ball have made him a key figure in the Dawu-based club.