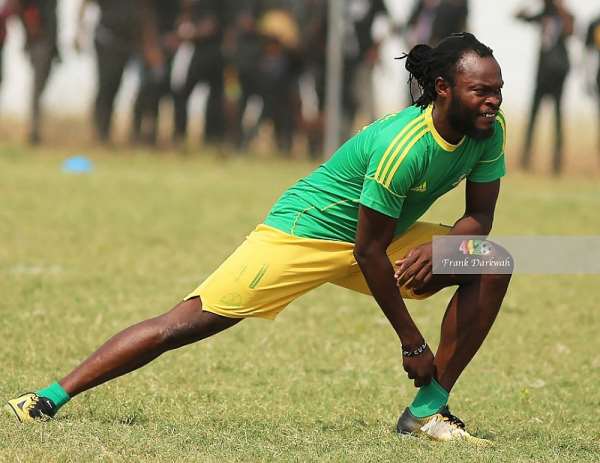 Aduana Stars livewire, Yahaya Mohammed has admitted that the use of black magic ‘juju’ is real in football.

Speaking to Television CK in an interview, the bulky forward revealed that he was under a spell after terminating his contract with French Ligue 1 outfit, OGC Nice.

Despite admitting the use of 'juju' in football, the former Asante Kotoko ace says he has never consulted any juju man for help prior to matches.

“During my time with OGC Nice, I had the opportunity to extend my deal but I refused," he said.

“I didn’t know what I was doing then but I believe I was attacked spiritually to take such an unwanted decision.

“When I discovered that I was under a spell, it was then I started to believe there are dark forces in the world.

“I went for prayers and got to know that I was under a spell so from there I learn a lot of things. One thing about me is that I have never used black magic in my career before.”

However, Yahaya asserts that a player must perform well for the juju to work.

“I cannot name anyone behind this but ones I have life I’m grateful to my maker because I have been able to do something aftermath.

“We have the spiritual aspect of the game but before it works the player must perform well.

“If you don’t have a good team there is nothing you can do even with juju because heaven helps those who help themselves,” he concluded.

Yahaya Mohammed is rumoured to be joining AshantiGold on a year-long loan deal that will see him feature for the Miners in the Caf Confederation Cup.