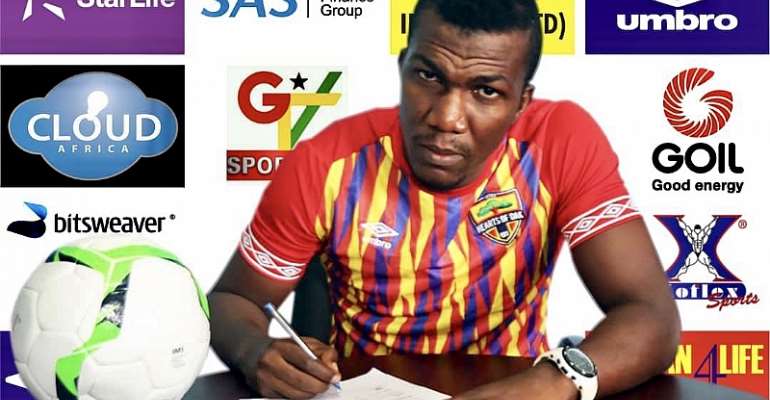 Hearts of Oak striker, Abednego Tetteh has expressed his frustrations for the lack of football activities in the country.

Domestic football is set to resume of October 2020 with the new season to be played in two zones, i.e. Southern and Northern Zone.

The 2019/20 football season was truncated by teh Executive Committee of the Ghana Football Association following the outbreak of the novel coronavirus.

According to the former Bechem United forward, life without football is unbearable.

"Life without football is hell. I have been training and I will say the situation has affected me much. I know it has affected the other players," he told Kumasi based Hello FM.

"I know people are expecting so much from me. I wish I score a goal in every game, I will play for Hearts, but it will be needless if that doesn't help the team to win the league.

He also called on the supporters of the club to rally behind the team despite the exit of five key players.

"I will urge the supporters to rally behind the players left in the team. I know we would have won the league if it had been completed.

"I lost much weight compared to when I arrived. I have been checking my weight regularly and am much concerned about my diet too. So I will say that I have not gained weight," he added.