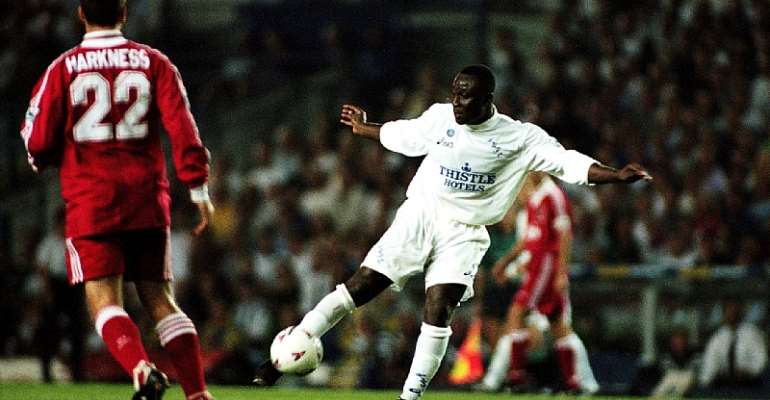 Tony Yeboah registered a volley against Liverpool at Elland Park in 1995 in a cracking encounter.

It was one of the two classic volleys the Ghanaian scored in the Premier League while at Leeds United.

Yeboah joined Leeds United in 1995 on the back of a reported 3.4 million Euros transfer from German Bundesliga side Eintracht Frankfurt.

That equaliser against Liverpool is rated among the best goals in the history of the English Premier League.

Leeds will travel to Anfield to face champions Liverpool in their first Premier League match for 16 years.