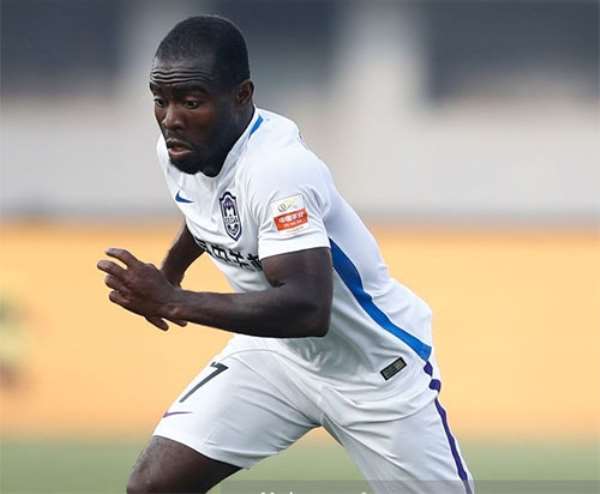 Pacey winger, Frank Acheampong has indicated that to be named the captain of Chinese Super League side Tianjin TEDA is a great honour.

The Ghana international has recently been handed the captain’s armband of his team after displaying commitment and consistency since the 2 years he has been at the club.

Speaking in an interview with Kumasi FM, Frank Acheampong has described his latest feat as an honour and a privilege as he notes that his track record in China will surely pave way for Ghanaian players in the future.

“First of all, I want to thank God for such an opportunity. It is a big honour and privilege for me and I know with the little I have done here, it will pave way for Ghanaian players who will be coming here in the future. The Chinese football market will be on Ghanaian players a lot”, he said.

The 26-year old joined Tianjin TEDA in 2018 in a transfer from Belgian Jupiler Pro League side Anderlecht.