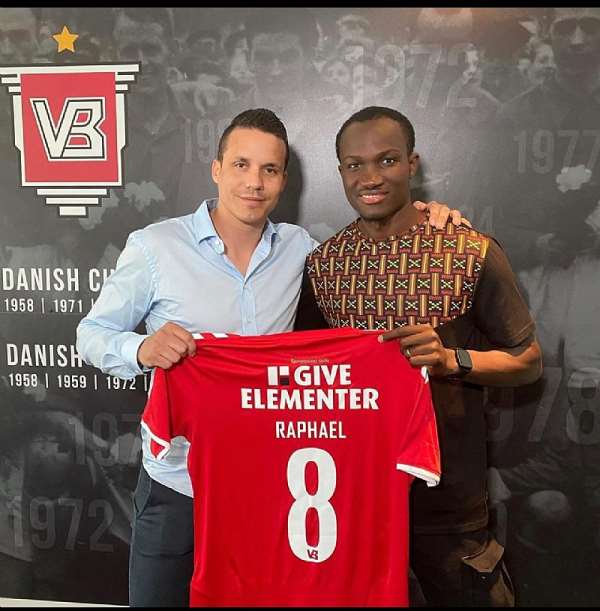 The 25-year-old completed a move to Danish side, Vejle Boldklub on Thursday afternoon in the ongoing summer transfer window.

Dwamena signed a three-year deal with his new side.

He joined the club from La Liga club UD Levante after an unsuccessful stint.

Dwamena spent most on last season on the sidelines after he was diagnosed with a heart condition whiles on loan at Real Zaragoza.

He joined UD Levante from Super Super League club FC Zurich on a transfer fee of €6.20m after netting 25 times with 18 assists in his 56 appearances.

Dwamena has capped eight times for the senior national team of Ghana with two goals to his credit.

We shall not entertain immorality in our community — Zongo J...
1 minute ago