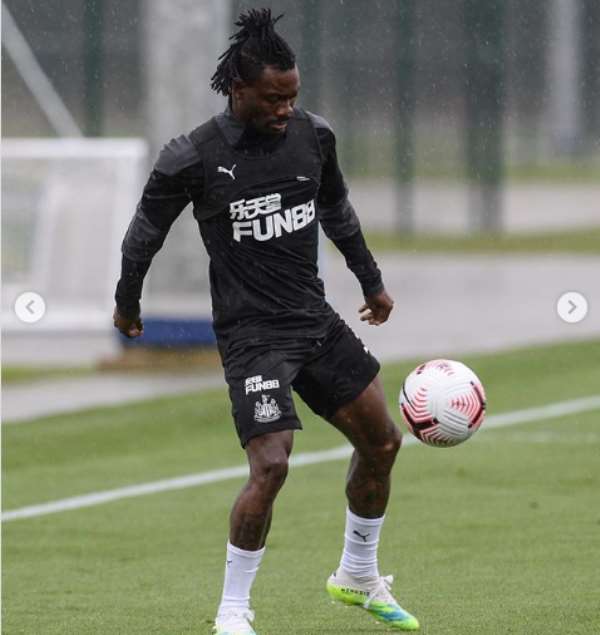 Ghana international, Christian Atsu is currently enjoying pre-season training with his Newcastle teammates as they intensify preparations for the next football season.

The forward endured a very humdrum campaign during the 2019/2020 football season where he was limited to few starting roles in the English Premier League for the Magpies.

The 28-year old finished last season with 19 appearances in the EPL [just 6 starts] and managed to chip in with 3 assists but failed to register his name on the scoresheet.

After a short break at the end of the season, Christian Atsu is now back with his teammates training hard in hopes of cementing a starting role before the next season starts.

The Newcastle FC team has currently pitched camp at the Ethelburga's collegiate campus in York for a week of pre-season training.

Manager Steve Bruce continues preparations with his boys after receiving confirmation that they kickstart the 2020/2021 English Premier League campaign with a clash against West Ham United at the London Stadium.

Check out pictures of Christian Atsu at pre-season below:

MMDCE appointments shouldn't be seen as job for the boys' - ...
14 minutes ago

MPs don't construct roads; 'masa' my party is not in governm...
59 minutes ago