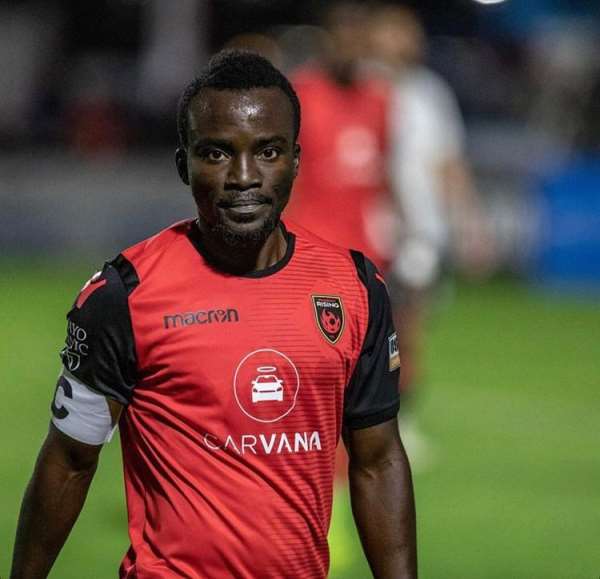 Ghana international, Solomon Asante has become just the second player in the history of the USL Championship to reach at least 40 career goals and 30 career assists.

The inspiration forward joined the USA club in 2017 after ending a 4-year stint with Congolese giants TP Mazembe where he won a number of laurels.

Since his arrival at Phoenix Rising FC, he has been nothing short of outstanding with his display of quality seeing him being elevated to the position of captain.

Yesterday at the Dignity Health Sports Park, Solomon Asante registered 2 assists and scored in added time to steer his team to a 4-1 win against LA Galaxy II.

The two assists plus the goal has taken his numbers at Phoenix Rising FC to 40 goals and 33 assists after featuring in 78 games for the club.

The impressive statistic sees Solomon Asante becoming just the second player in the USL Championship to notch at least 40 career goals and 30 career assists as confirmed by his club after the win yesterday.

This season, the Ghana attacker has been unstopped after contributing 5 goals and 7 assists in 8 games.