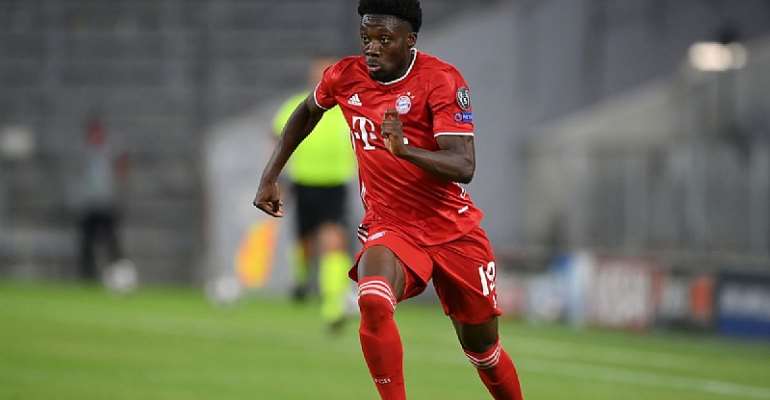 Davies, 19, joined Bayern from Vancouver Whitecaps in 2019 for a then Major League Soccer record £9.84m

He is set to become the first Canada international to play in the final of Europe's elite club competition.

"Playing in the Champions League and getting to the final is everything you could ask for," he told BT Sport after the 3-0 semi-final win over Lyon.

German giants Bayern will be aiming to win their sixth European Cup against French champions Paris St-Germain - who are playing in their first final - on Sunday (20:00 BST).

The Bundesliga club saw off Lyon to reach the showpiece for the 11th time - albeit for the first time in seven years - with another superb attacking display on Wednesday.

Davies, who also impressed in the 4-1 win over Chelsea in the last 16 and the 8-2 quarter-final demolition of Barcelona, says his side will be "hungry" to see out the season in style.

"PSG are a good team. Right now we celebrate a bit, then we focus on the next game," he added.

"It will be a good game - there will be goals in that game. This is what you dream about as a footballer: playing with the best and against the best in Europe.

"It is a dream come true. Even though they [the older players in the squad] have won many many titles before they are still hungry to win this one."

A winner's medal would also be a fine conclusion to the season for Davies, who asked to swap shirts with Barcelona legend Lionel Messi after their last-eight tie.

"I asked for it [Messi's shirt]. But I think he was a little bit upset. Next time, maybe," he added.