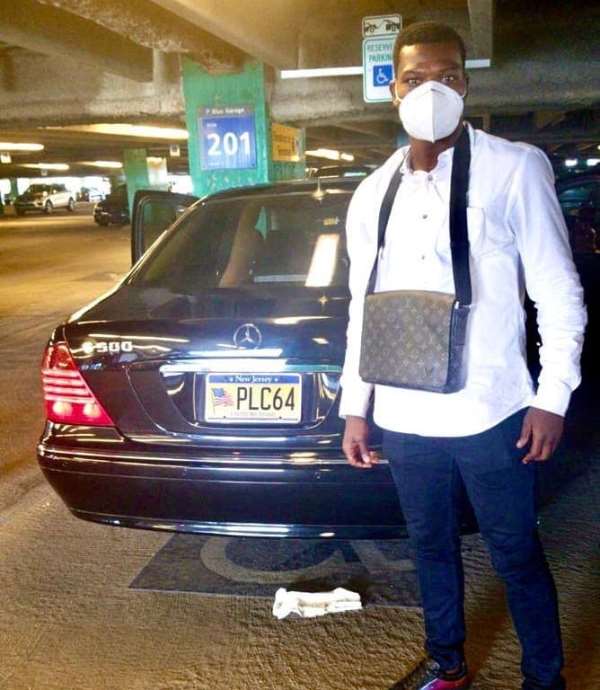 Ghana’s former IBF Lightweight champion, Richard Commey is in the United States of America (USA) to find another opportunity to win his second world title.

Before flying, he assured his fans that he will become a two-time world champion, and his new mission is just towards moving in the right direction to get a chance to win another title.

Commey who started his sports career as a footballer, and turned to kickboxing before boxing and became a world champion was groomed by Carl Lokko of the Bronx Gym in James Town, Accra.

He previously held multiple regional lightweight titles including; the Ghanaian title in 2011; the ABU title in 2013; and the Commonwealth title from 2014 to 2015.

He was later signed and managed by Michael Amoo Bediako of StreetWise. He lost his first chance at the world title to Robert Easter Jr. and won against Isa Chaniev.

Commey (29 (26 KO)-3-0) has been nominated for the Sports Writers Association of Ghana (SWAG) Professional Boxers of the year 2019 despite his sad lose to American Teofimo Lopez who has been billed to face Ukrainian Lomachenko in what boxing fans describe as a tough duel.

Commey who did not believe he lost the IBF title was training at the Trust Sports Emporium (TSE) in Ghana.

He said the facilities at the TSE were first class and commended the managers of the facility.

Meanwhile, his fans in Ghana are also praying that he gets another chance as quickly as possible in the other boxing sanctioning bodies, WBC, WBO and WBA.