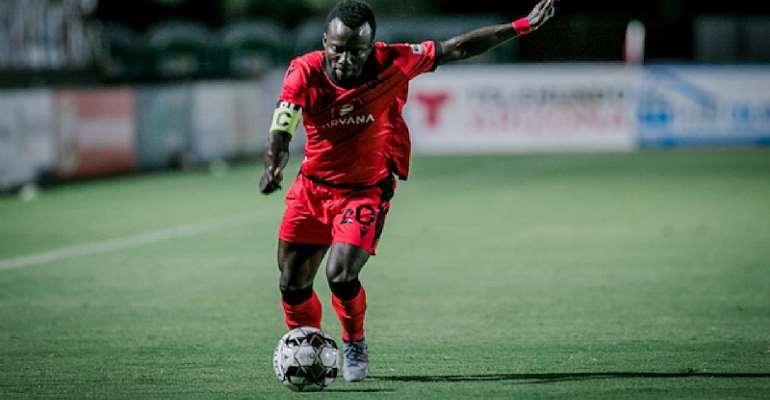 Ghana’s Solomon Asante grabbed the headlines in the USL Championship on Wednesday evening in the USA when he scored and provided 2 assists for his Phoenix Rising FC side in the team’s 4-1 win against LA Galaxy II.

The two clubs were in action at the Dignity Health Sports Park to fight for 3 points for different reasons in the course of the ongoing season.

After 23 minutes of play, the dominance of Phoenix Rising FC paid off when attacker Junior Flemmings scored with an assist from Kevon Lambert.

Later on, in the first half, Solomon Asante produced magic to assist Santi Moar for his team’s second goal of the day to ensure they went into the break with a healthy lead.

The pacey winger continued his display of quality on the evening in the second half and went on to assist Jordan Schweitzer on the 63rd minute for Phoenix Rising FC’s 3rd goal of the game.

Seven minutes later, Augustine Williams scored to reduce the deficit for LA Galaxy II and with enough time to get back into the game.

Unfortunately, the opponent was just too strong to handle with Solomon Asante eventually scoring in added time to seal a deserved 4-1 win for Phoenix Rising FC.

The 30-year old forward finished the match with a rating of 9.3 [from SofaScore] and now has 5 goals and 7 assists after making 8 appearances for his club in the ongoing USL campaign.