President Akufo Addo Speaks On When Domestic Football Will Return 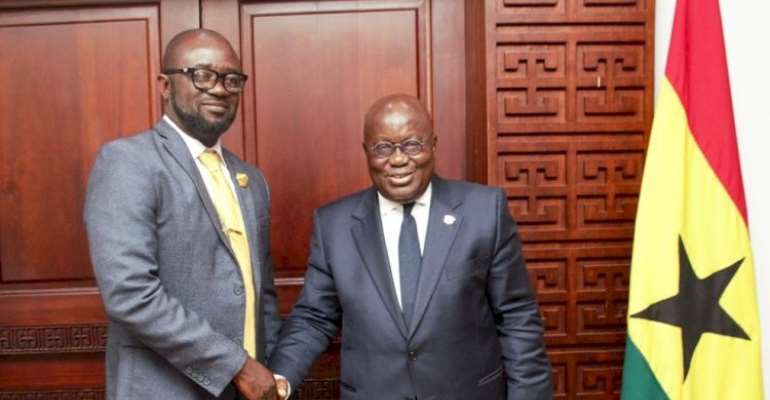 President Nana Addo Danquah Akufo-Addo has said that football in the country will soon return with preventive measures amid the coronavirus pandemic.

Domestic football in the West African country was brought to a standstill in mid-March following the outbreak of the pandemic.

However, after a meeting by the Executive Council of the Ghana Football Association [GFA], the 2019/20 football season was truncated.

But speaking an interview with Takoradi based Skyy Power FM, President Akufo Addo hinted that he misses football but will not rush in the resumption of football.

“Everybody knows I love football and the suspension has also affected me but it will be back very soon.

"I don’t want to do anything that will hurt Ghanaians.

"I believe in one step at a time so gradually football will be back”, Akufo-Addo said.

The season will be played in two zones i.e, Southern and Northern Zone.

However, Asante Kotoko and Ashgold will represent the country in the Caf Champions League and Confederations Cup respectively.