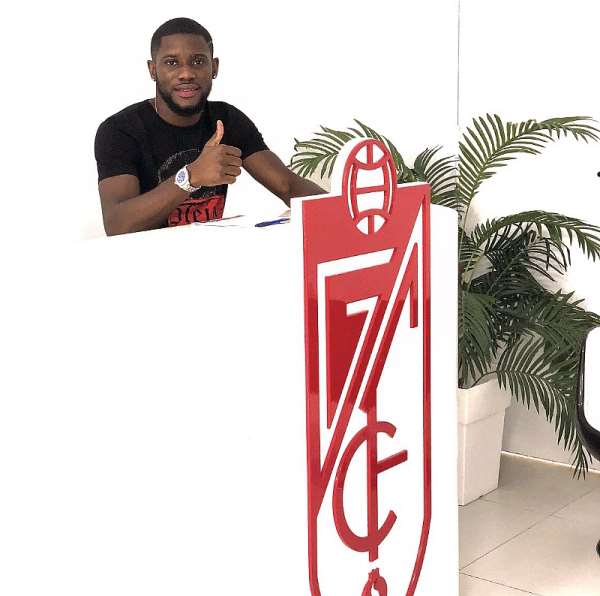 Defender Kingsley Fobi has expressed his delight after completing his move to Club Recreativo Granada as he indicates his eagerness to start playing for the team.

The Ghanaian youngster after having a medical examination with the Spanish club yesterday has today sealed a 2-year loan move in a deal that sees him moving from English Championship side Watford.

“The Club Recreativo Granada has reached an agreement with Watford FC for the transfer of the player Fobi Kingsley, who joined the team until June 2022 with an option for another season”, an official club statement has said today.

In a post on his Twitter page after wrapping up the transfer, Kingsley Fobi says he cannot be happy enough.

“I could not be happier to sign to Granada and continue my career with a fantastic club that is now my family”, the 21-year old posted on his Twitter.

He added, “Granada is a club with rich history and fantastic fans, and I cannot wait to step on the field and begin to fight for the badge. Tumi nyinaara hye ni nsa”.

Last season, Kingsley Fobi spent the campaign with CD Badajoz where he impressed with 2 goals and 1 assist after making 11 appearances in the Spanish Segunda Division.