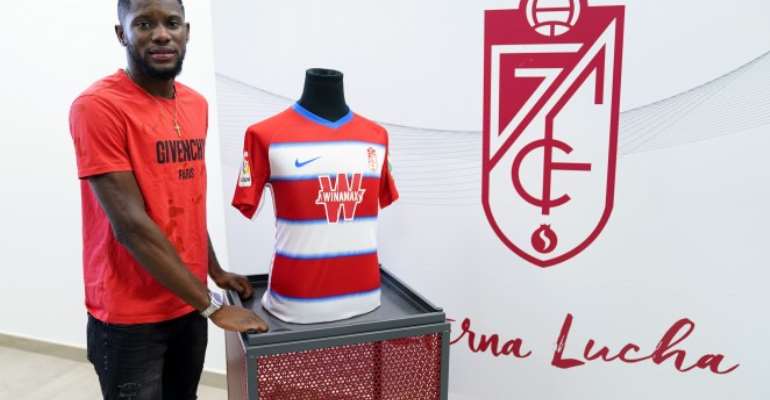 Ghanaian defender, Kingsley Fobi has completed his loan switch from English outfit Watford to Spanish side Club Recreativo Granada ahead of the upcoming football season.

“The Club Recreativo Granada has reached an agreement with Watford FC for the transfer of the player Fobi Kingsley, who joined the team until June 2022 with an option for another season”, an official club statement has said today.

The Ghana U-23 full-back spent the 2019/2020 football season with Spanish Segunda club CD Badajoz where he impressed with 2 goals and 1 assist after making 11 appearances.

With his performance attracting interest from Club Recreativo Granada, they have secured his services to give them a squad boost for the next football season.

The former Tema Youth player has previously had stints with SD Formentera as well as CD Ibiza. He will hope to enjoy an outstanding campaign with Club Recreativo Granada during his return to the club with the aim of getting an opportunity to play for the senior team of Granada in the Spanish La Liga.