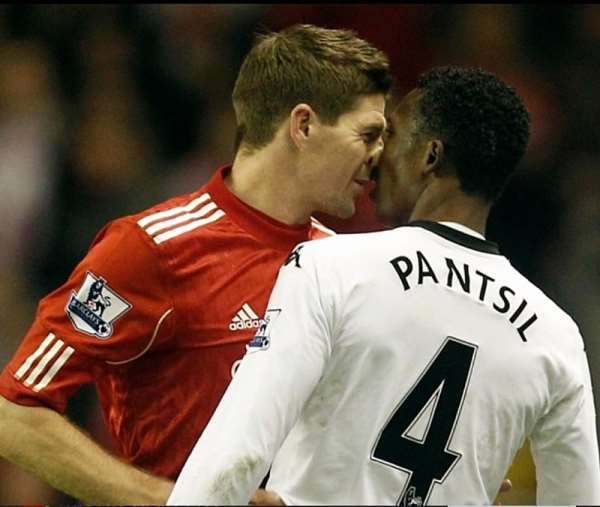 John Paintsil, a former Ghana international has revealed that Liverpool legend, Steven Gerrard, once pinched him during an English Premier League match.

The former Leicester City, Fulham and West Ham United right-back who spent of his playing days in England was among the tough defenders in the league.

Paintsil in an interview said the situation nearly resulted in a head-butting clash between them.

“Gerrard held my ribs with both hands and pinched me hard while gazing at me to deceive the referee, who was by then watching closely," he told Graphic Sports.

" In reaction, I also held his ribs and pinched him so hard that he almost screamed, but our foreheads remained very close as if we were ready to engage in a head-butt,” the former Fulham defender recalled.

He continued, “At this stage, Gerrard, who was on my heels, kicked me from behind, causing me to lose my balance and fall down, so the referee whistled against him. As soon as I got up, Gerrard rushed on me, held my ribs with both hands and started pinching me.

“In reaction, I also held the ribs of Gerrard and pinched him so hard that he almost screamed, but the referee, who never saw the action, eventually separated us. He (the referee)never noticed the pinching because he only gazed at our foreheads to see if any of us would head-butt for him to flash his card.”

Asked why players attack one another in tension-packed matches, Paintsil said: “There are gentle misconducts on the field of play. Sometimes, players react when opponents kick them, but the reaction should be in a nice way.

"It is wrong to attack opponents with the legs, hands and head, but there are ways to react nicely to escape punishment from the referee.