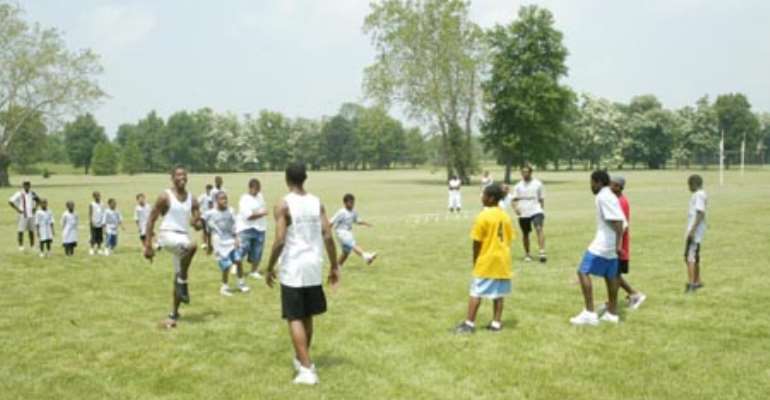 Over 200 children from the Accra Metropolis are expected to participate in a one day football clinic to be organised by the Local Organising Committee of CAN 2008. The event is aimed at bringing together children, some well known local and international football idols and administrators to inspire the youth to greater heights.

Mr Reks Brobby, Liaison and Events Coordinator Manager of the LOC said football luminaries such as Roger Milla of Cameroon and Abedi Ayew Pele, of Ghana, both ambassadors for the 2010 FIFA World Cup to be staged in South Africa, would be present at the event. He said the Ghanaian instructora include such idols as Jones Attuquayefio, Mohamed Ahmed Polo, Sunday Ibrahim, Ben Koufie and Sam Arday among others will give the children tutorials alongside the FIFA ambassadors.

Mr Brobby said participating children will have the opportunity to win quality footballs and photographs that will be autographed by the icons.