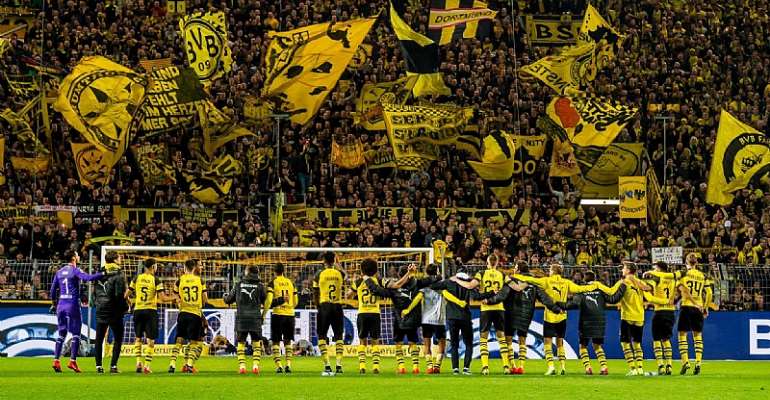 Highlighting what has been a decade of “excellence” both on the pitch with two German Championships and two Cups wins, as well as a decade of positive revenue, CEO Hans-Joachim Watzke said: “Then came Corona.”

Watzke reported that while the first nine months of the financial year showed a 6.3% sales growth, this was wiped about by a sales drop of more than 25% in the last quarter compared to the previous year.

“Football has suffered significantly more from Covid than DAX companies, which suffered average downturns of 13% in the fourth quarter,” explained CFO, Thomas Treß.

At the core of the revenue, drop is the loss of match-day income from their 80,000 capacity stadium. Five of Dortmund’s remaining home games had to be played behind closed doors when the Bundesliga restarted. Lower sponsorship revenues and a drop in TV revenues also contributed to the plunge into the red.

However, the importance of the transfer market to the overall profit and loss picture was highlighted with a club statement saying lost transfer revenues “had a massive impact”.

“The net profit from transfers, which is comprised of the gross transfer fees realised minus the residual book values and the resulting selling costs, amounted to €40.2 million (previous year: €82.9 million),” said the club statement.

Looking ahead, Watzke said: “We will only see the figures return to the black when we have no restrictions on the crowd. But we have to be patient. It is hard to imagine football without fans. We have to keep going. We will keep going until we get through it.”