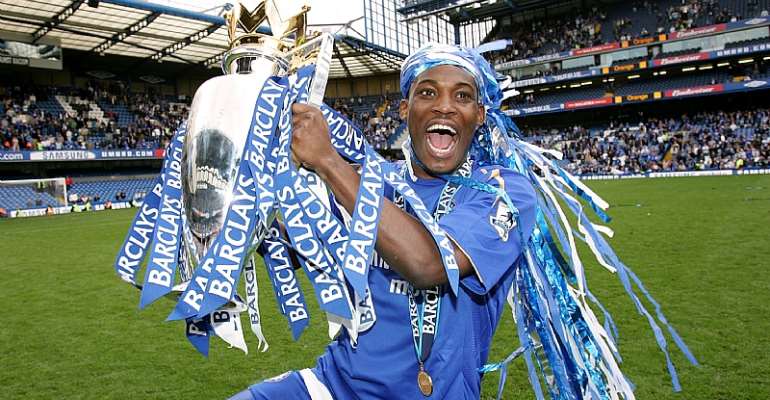 On this day, August 19, former Black Stars midfielder, Michael Essien joined Chelsea for a record fee of £26m from French Ligue 1 side, Lyon in 2005.

Essien signed a five year deal with the London based club after completing his mandatory medicals.

The French side were desperate to keep the midfield dynamo but Chelsea made an offer the club could not resist.

However, according to the president of the club, Jean-Michel Aulas revealed that Essien sudden attitudinal change had a major impact in selling him to Chelsea.

"I noticed for two months we have paid a player that doesn't play and, moreover, who sulks, even seeming desperate that he is not in England already.

"I also noticed our fans couldn't stand that situation. The shareholders also asked if it was not better to get the benefits of that transfer. We have the feeling we cannot keep a player if he wants to play somewhere else.

"Do contracts still have a meaning? The right solution would have been to not let him leave. Michael Essien took the problem in the wrong way for two months.

"It is true Chelsea did make an important offer on a financial level, even if it penalises us on a sporting level. The club who have Michael have more chance of winning the Champions League. We did everything to try to keep him. It is heartbreaking."

The 38-year-old's transfer to Chelsea became the highest transfer fee after Manchester United paid 29 million for Rio Ferdinand in 2002 and 28 million for Juan Sebastian Veron in 2001.