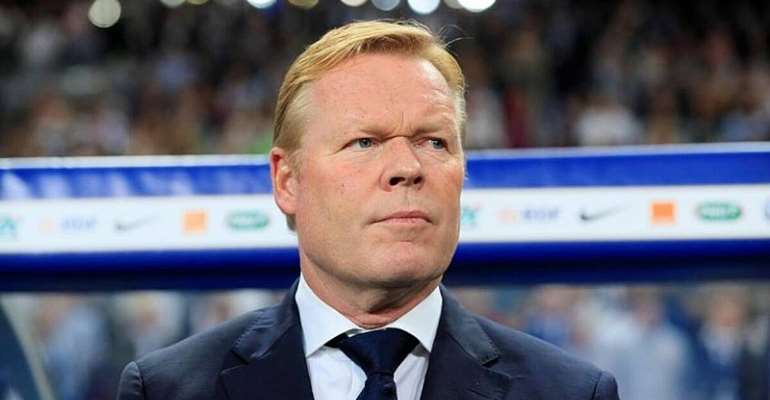 Barcelona have confirmed that Ronald Koeman is their new manager after Quique Setien was fired following last week's 8-2 Champions League loss to Barcelona.

The Catalans endured a rare season without major silverware after a tumultuous campaign which saw Setien take the reins after the firing of Ernesto Valverde in January.

They have moved quickly to hire Netherlands boss Koeman, who enjoyed a glittering career at Camp Nou between 1989 and 1995 and had previously been the club's assistant manager for a two-year spell between 1998 and 2000.

"FC Barcelona and Ronald Koeman have reached an agreement for the Dutchman to take over as the first-team coach until 30 June 2022," a club statement read.

The past few days have seen huge changes at Camp Nou, with Eric Abidal having followed Setien out of the exit door from his role as sporting director.

While a direct replacement has not been announced, Barca have confirmed that Roman Planes is the club's new technical director.

Koeman won four La Liga titles at Camp Nou and scored the final's only goal as the club won their first-ever European Cup against Sampdoria in 1992.

After retirement, he was assistant manager for his country and Barca under Guus Hiddink and Louis van Gaal respectively and has also coached the likes of Ajax, Valencia, Everton and the Netherlands national team.