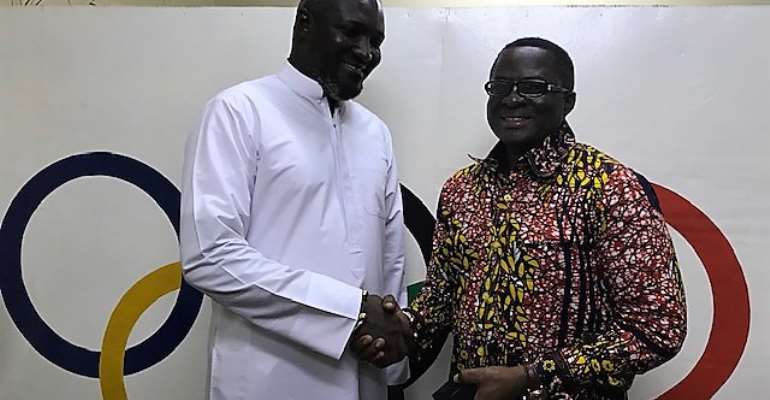 President of the Ghana Olympic Committee (GOC) Ben Nunoo Mensah has called for a committed and genuine effort by government to invest in sports to motivate and encourage more people to engage in sports.

He noted that the country’s preparations towards the Olympic Games have not been ideal over the years, hence it has been quite difficult to win medals.

“There’s no way we can win a medal in Tokyo 2020 but as they always say, in sports anything can happen, so we depend on luck, which is not scientific”.

“If we are going to win medals by virtue of performing fairly with everybody, it will be extremely difficult. That should tell us that there is something we are not doing right”.

“I think the last time we won a medal was back in 1992, 28 years ago when the Black Meteors won a Bronze medal and since then we haven’t won a medal at the Olympics and we don’t look like we would win a medal in Tokyo.

“What we should be looking at is doing better than what we did at Rio, that is the only way we can say as a nation we are progressing,” he concluded.

He suggested that more sports infrastructure are built at places where sports talent is available, and the nation’s best athletes should be able to compete with others in other places abroad to test their performance and standard.

Ghana has won only four medals from Olympic Games since 1952 when the nation started participating at the biggest sports festival in the world, three in boxing (one Silver by Clement Ike Quatey in Rome 1960 and two Bronze by Eddie Blay in Tokyo 1964 and Prince Amartey in Munich 1972 and one Bronze in football by the Black Meteors at Barcelona 1992.

Ben Nunoo Mensah who doubles as President of Ghana Weightlifting Federation ruled out any of chance of Ghana winning a medal at the 2020 Olympic Games.

The global sporting festival has been rescheduled for July 2021 due to the coronavirus pandemic, and he feels it is good so that coaches and athletes can prepare adequately.

Before the break on major international and local sporting activities across the world, only five Ghanaians had qualified for the Olympic and Paralympic Games in Tokyo.

They are Nadia Eke a triple jumper, Joseph Paul Amoah a sprinter and boxers Samuel Takyie and Sulemana Tetteh as well as para-athlete Raphael Botso Nkegbe.

Other athletes like weight lifters Christian Amoah, Forester Osei and swimmer Abeiku Jackson were on the verge of competing in qualifiers. There was also a chance for some more boxers to also qualify.

As the nation prepares to host the 13th next African Games in 2023, he prayed that the nation’s athletes would be encouraged to train well in order to perform creditably and not just host and not collect medals.

He expressed that there are diverse sports talents, and even disables sportsmen and women who can excel if given the chance and opportunity.

He hailed the Youth Employment Agency package for sportspeople and advised the beneficiaries to safe or invest well.

Any reasonable government will prioritize the abandoned proj...
37 minutes ago