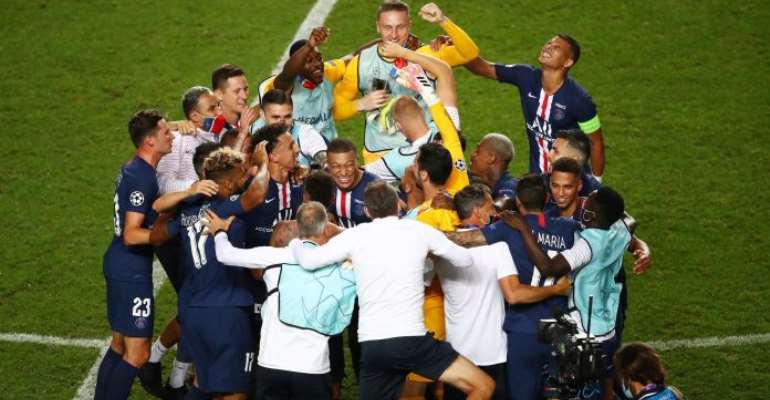 Paris Saint-Germain cruised into their first-ever Champions League final thanks to a sparkling performance from their front three of Neymar, Angel Di Maria and Kylian Mbappe.

They were far too clever and sharp for RB Leipzig, who failed to turn up in the first half and were punished accordingly.

From the first minute, PSG were in control of the game, and the only surprise was that it took them as long as 13 minutes to ease ahead, the excellent Marquinhos meeting Di Maria’s fine free-kick to power a glance beyond Peter Gulasci.

On 42 minutes Di Maria made the game safe, his pressure forcing Gulasi into an error and leaving him in prime position to convert Neymar’s spectacular flick.

Leipzig improved in the second half, changing to their usual three at the back, but mustered little in the way of chances before the French champions completely killed the game, Juan Bernat scoring the first header of his career after another fine cross from Di Maria.

In the 33 minutes that remained, PSG looked more likely to score again than Leipzig did to find a consolation; theirs was a 90-minute performance of consistent excellence.

So they will now meet Lyon or Bayern Munich in Sunday’s final, neither of whom will relish dealing with the greatest forward line world football.