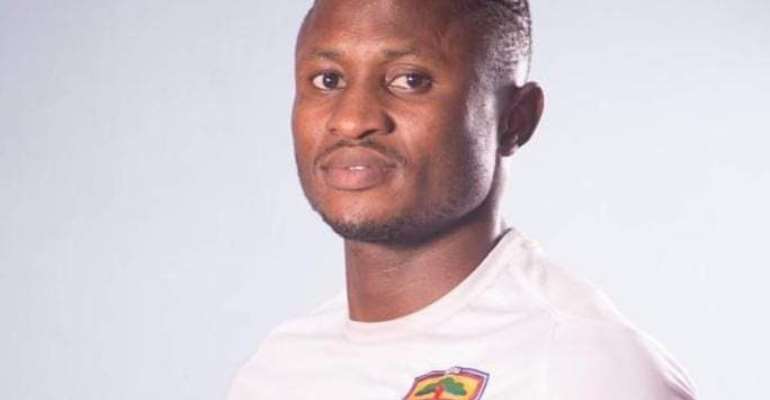 Highly-rated forward, Joseph Esso has reportedly agreed on personal terms with Asante Kotoko ahead of a potential transfer.

It can be recalled that on Friday, August 7, 2020, Hearts of Oak announced that they have parted ways with the Black Stars B forward after failing to tie him down to a new deal at the end of his contract.

Though the management of the Phobian club has in the past week tried to re-sign Joseph Esso, all efforts have proved futile with still no agreement reached.

Today information being picked from FOX FM has revealed that the attacker has agreed to personal terms with Asante Kotoko and is likely to join the club before the next football season.

It is understood that Joseph Esso is one of 8 players target by new CEO of the Porcupine Warriors Nana Yaw Amponsah.

The young football administrator wants to add the forward to the roster of Coach Maxwell Konadu as they gear up for the next edition of the CAF Champions League where they will be representing Ghana.