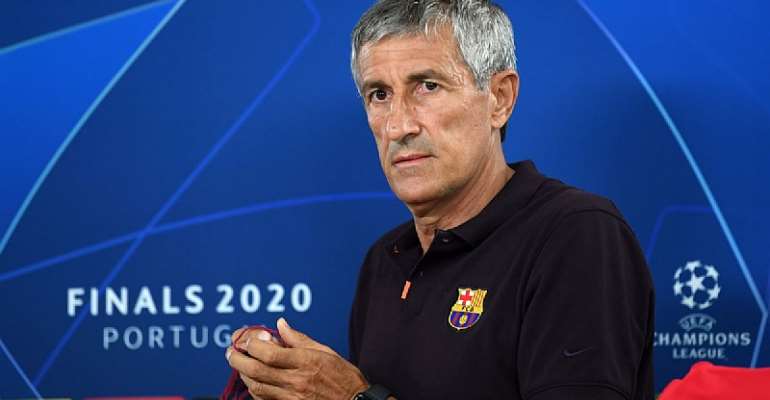 Quique Setien has been sacked as Barcelona head coach after just eight months in charge.

Setien was appointed in January to replace Ernesto Valverde but has been axed in the wake of Barca’s humiliating 8-2 Champions League defeat to Bayern Munich on Friday.

Barca held an emergency board meeting on Monday to discuss Setien’s position as well as the futures of director of football Eric Abidal and Lionel Messi.

"The Board of Directors have agreed that Quique Setién is no longer the first-team coach." A statement read.

"This is the first decision within a wider restructuring of the first team which will be agreed between the current technical secretary and the new coach, who will be announced in the coming days."

Critically the board have only brought the potential elections up to March 2021.

Abidal’s position is believed to be under threat while there are reports Messi wants to leave the club, a year before his current deal expires.

Barca tried to secure the services of former defender Koeman in January, after sacking Valverde but saw their approach turned down.

Koeman, who is still in charge of the Netherlands, said in March: “Yes, it’s true that Barca spoke to me but I said no because I’m with the [Netherlands] national team and I have a commitment to stay in this role.”