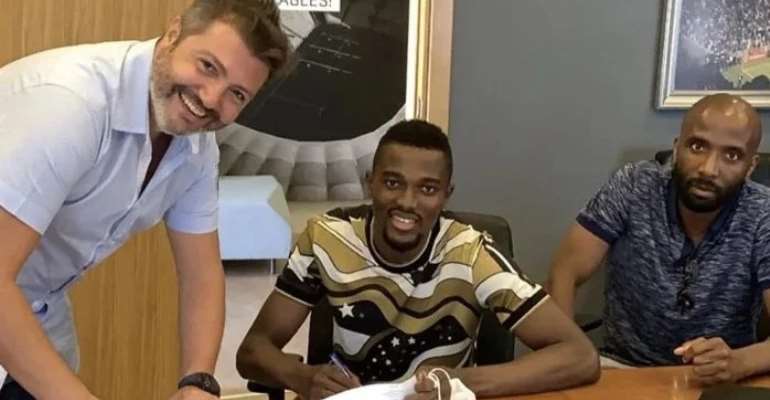 Modernghana Sports can confirm that Turkish Super Lig outfit, Besiktas, has completed the loan signing of Bernard Mensah from Kayserispor.

The highly-rated midfielder has been linked with a potential move to the club for the past few months even before the 2019/2020 football season ended.

Today, a deal has been reached to secure the services of Bernard Mensah on a season-long loan deal from Kayserispor with the option to permanently sign him at the end of the upcoming season.

Besiktas is paying 500,000 Euros for the loan signing of the Ghanaian but will later sign the midfielder for a fee of 4.5 million Euros.

The 25-year old finished last season as one of the best midfielders in the Turkish top-flight league. In a campaign where he was the poster boy of Kayserispor, the attacker scored 5 goals and provided 5 assists after featuring in 25 games.

The formal Atletico Madrid man will be hoping to enjoy a good campaign with Besiktas in the upcoming season in hopes of bettering the aforementioned statistics.