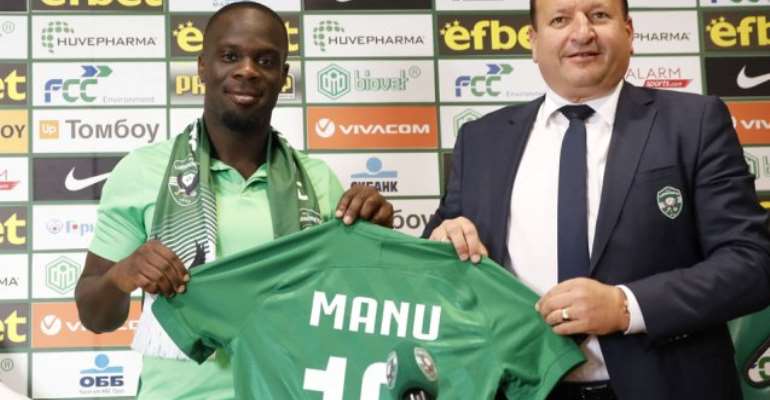 Bulgarian giants, Ludogorets Razgrad have officially unveiled Ghanaian international Elvis Manu as their new signing after wrapping a deal with the striker in the last 24 hours.

As reported by Modernghana Sports on Sunday, the Razgrad-based club has bolstered their squad with the acquisition of the former Feyenoord forward for the 2020/2021 football season.

“Another new player joined Ludogorets. Elvis Manu is a Dutch player with Ghanaian origins. The contract has been signed and Manu passed all medical and physical examinations”, a club statement to confirm the capture of the attacker has said.

Today, the 27-year old has been unveiled today by the Bulgarian club and will start training with his new teammates today.

Elvis Manu last played for Chinese club Beijing Renhe and has also in the past played in England as well as in Turkey.