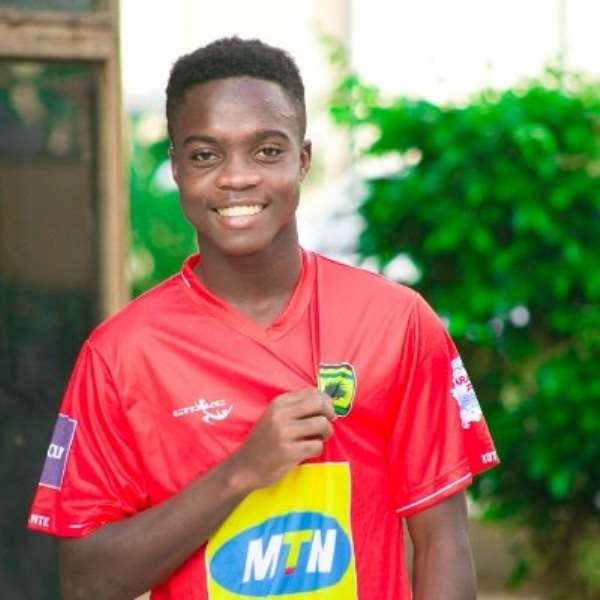 Manager of teenager Mathew Anim Cudjoe, Sammy Anim Addo has confirmed that there are still foreign clubs chasing the player for his signature.

In 2019, the 16-year old signed a short contract with Asante Kotoko which saw him playing in the Ghana Premier League.

The talented forward made a mark in the games he played while earning applause from fans of Kotoko as well as the neutrals.

At the end of his contract with the Kumasi-based club, reports are indicating that the club is looking to re-sign him ahead of the 2020/2021 football season.

In an interview, Sammy Anim Addo has indicated that Asante Kotoko should be ready to match the demands of the player if indeed they want to tie him down with a new contract.

“Nana Yaw Amponsah spoke with me after he was appointed as CEO of Kotoko because Maxwell Konadu had already talked to me about the player. I have given them my conditions and have made them aware that if they are really poised to sign him they must be ready because he has a lot of offers of which Nana Yaw is aware.

“It is because of the coronavirus that is why he still in Ghana and if Kotoko would like to prevent him from moving abroad then they must be ready to meet the conditions. As management, we will prefer a foreign move for him and if they want to hijack that move then they need to be strong enough”, the manager of Mathew Anim Cudjoe told Ghanasportsnews.com.

During the 2019/2020 Ghana Premier League season, Anim Cudjoe made 6 appearances for Kotoko and managed to chip in with 1 goal.