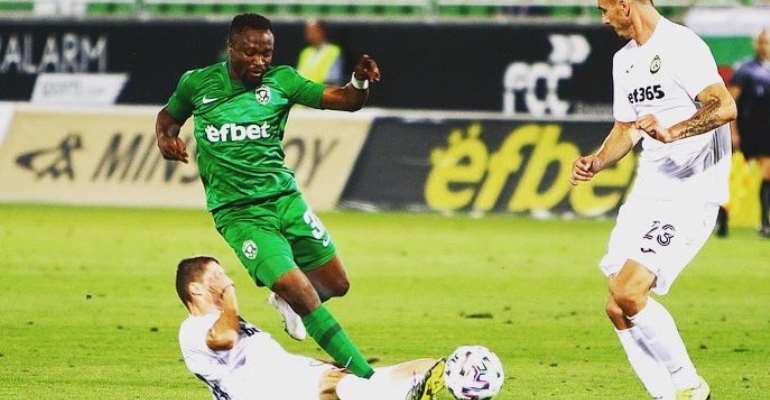 Winger Bernard Tekpetey has expressed his delight after helping his Ludogorets Razgrad side to defeat Slavia Sofia 3-0 in the Bulgaria Parva Liga.

The Ghanaian international featured in the team’s defeat at Botev Vratsa on the opening weekend when they were hammered 3-1.

Last Friday, the Razgrad-based club hosted Slavia Sofia at the Ludogorets Arena on Matchday 2 of the season.

On the Matchday, summer signing Bernard Tekpetey earned a starting role and managed to help the team with his attacking plays. He was hugely involved in the team’s first goal scored by defender Cicinho on the brink of halftime.

Though he was substituted on the hour mark, Ludogorets Razgrad went on to score 2 more goals courtesy strikes from Mavis Tchibota and Cosmin Moți.

Eventually, the match ended 3-0 with Tekpetey and his teammates picking up their first win of the season.

Taking to his Twitter handle, the Ghanaian has stressed on the importance of the 3 points with a short post.

The winger after 2 games for his new club has settled and gradually becoming a key member of the team.